The Port of Hood River announced the October 2017 lane closure schedule has been significantly changed due to vandalism of the control room and north tower.

October 9th and 10th will see full closures, multiple times during the day and throughout the night.  The closures could result in delays of up to an hour due to operational and mechanical safety testing of the bridge lift span.

The bridge is expected to be completely closed October 12th from until .  Repeat, full closure from 11 pm until .  The extended closure is for strain gage testing of the span.  Closing for the extended period at night will minimize delays during daytime traffic.

The previously announced intermittent,  single-lane closures will take place from Oct 11-25, 2017 for auxiliary truss and repair work. Minnesota-based Abhe & Svoboda, Inc is performing the work. After work platforms are in place, Abhe & Svoboda will perform repairs to the Hood River Bridge auxiliary trusses and . The repair work will be under the bridge and will not require lane closures while the work is performed. There will be a period when they need to move the work platforms, which may require future lane closures.

Again, travelers should plan for up to 30-minute delays for single lane closures October 11-25, 2017.

And stay tuned, the planned traffic interruptions are subject to change. For more information, you may call the Port of Hood River at (541) 386-1645 or email porthr@gorge.net. 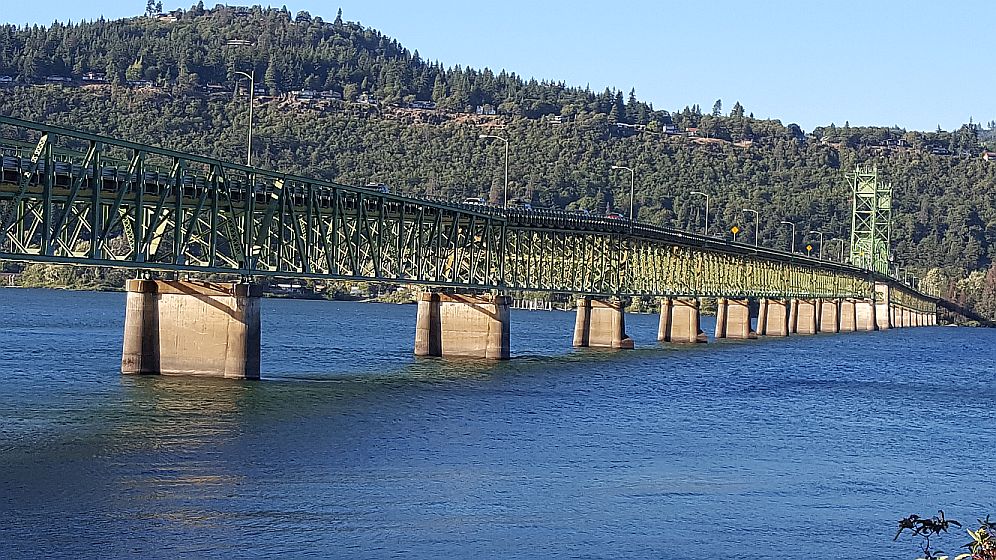